“Growing up, I used to help my grandparents with their small garden where we grew flowers, cabbage and spinach. That’s where I developed an interest in farming,” says Amogelang Moroba, chairperson of the Soshanguve-based organisation #Helpafriendout.

Food security and hunger has come to the fore in South Africa, as the Covid-19 pandemic and national lockdown has exacerbated pre-existing food system inequalities, and increased food prices. The United Nations has also recently warned governments that the world faces a food crisis that has been unseen for at least 50 years.

But, three young adults from Soshanguve’s Block H have first-hand experience with the effects of food instability, hunger and gender-based violence in their community, and wanted to do something about it.

“As an organisation we do social and economic development. Covid-19 affected our community badly. People have lost their jobs and it has increased gender-based violence through decreasing incomes,” Moroba tells Health-e News.

He adds that access to healthy food remains unattainable for most because of unemployment issues, therefore, #Helpafriendout fulfils an important service in the Soshanguve community.

Last month the organisation launched a new project called #Makemyhoodclean. The project attracted the attention of the Gauteng Department of Agriculture and Rural Development, who backs the initiative.

There are two project sites where the #Healpafriendout team plants vegetables which are then sold. Youth in the area are hired to help farm, based on their interest and passion for farming.

The trio see themselves and the organisation growing into the food produce supply sphere. In the future, they want to supply the likes of Spar and the 70-80 Street food and vegetable vendors in their neighbourhood.

“Growing up, I used to help my grandparents with their small garden where we grew flowers, cabbage and spinach. That’s where I developed an interest in farming,” explains Moroba.

He went on to say that he sees himself being successful in farming, but also making others fall in love with farming.

Matjene’s interest in agriculture started in primary school when he entered a competition for best school garden, and Nkuna’s foray into farming was borne from necessity – seeing the lack of food and malnutrition issues in his neighbourhood spurred him into action.

Moroba, Matjene and Nkuna all say they have much to learn about the art of farming, but they believe their passion drives them. – Health-e News 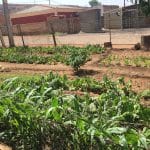 Coronavirus: Labour calls for clarity over face coverings in England

These are the most expensive South African cities to live in

Coronavirus: ‘Being in the bath just isn’t the same as the pool’