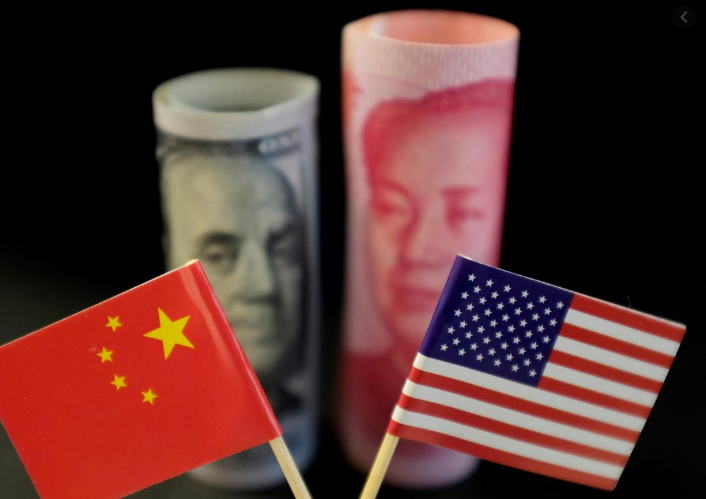 At the start of the year, US-China tensions were easing after their Phase I trade deal, while Washington, Brussels and Tokyo agreed on new global trading rules to curb subsidies. A relative calm had set in.

Then the new coronavirus struck.

Countries across the world imposed 222 exports curbs on medical supplies and medicines and in some cases food, according to Global Trade Alert, a Swiss monitoring group.

For medical products, it was more than 20 times the usual level.

Those curbs are now being lifted, but the pandemic has reinforced protectionist arguments by highlighting how global supply chains can deprive people of essential medical protection and disrupt food supplies, as well as threaten jobs.

US President Donald Trump has said he wants to cut ties with China, the European Union is planning barriers to state-backed investment from China and elsewhere and China is demanding declarations that food imports are virus-free.

Former EU trade chief Cecilia Malmstrom said there was a “worrying” tendency towards protectionism in the world and the re-emergence of trade conflicts briefly paused by the health crisis.

“Trade-wise we should be concerned,” she told a seminar on Wednesday.

The World Trade Organization said on Tuesday that global trade in goods was set for a record fall this year and that wider restrictions could see a 2021 rebound falling short.

In the past fortnight, the United States has withdrawn from negotiations with European countries over a tax on digital firms and pledged a “broad reset” of its set of tariffs agreed with World Trade Organization partners.

It has also threatened tariffs on a new range of European products, including fresh olives, bakery items and gin, to maintain pressure in a 16-year dispute over aircraft subsidies.

To some extent, political rhetoric is running ahead of reality: US China trade rose in April after COVID-19-related falls and US officials have said China is committed to buying more US goods in line with the Phase 1 deal.

Chinese leaders and EU chiefs met virtually last Monday, although Brussels told China to make good on its promise to allow greater access for European companies and criticised its actions on the coronavirus and Hong Kong.

China offered deeper cooperation on COVID-19 and urged the EU to relax export controls. On Wednesday, Beijing said it was opening up seven more sectors to foreign investors.

Beijing and Brussels are keeping up contacts with Washington and some progress has been made in limited EU-US talks on food standards and technology cooperation.

Senior EU and US trade officers are holding talks every three weeks, officials say. China’s most senior diplomat Yang Jiechi also met with US Secretary of State Mike Pompeo in Hawaii on Wednesday, although Trump renewed his threat to cut ties with Beijing the next day.

Trade is a bellwether for the cooperation and trust needed to help economies recover, particularly those of smaller countries, said Rohinton Medhora, president of Canada-based think tank the Centre for International Governance Innovation.

Both China and Europe are bracing for rocky relations in the leadup to the US presidential election, but see some hope if Trump’s Democrat challenger Joe Biden wins.

“Biden as president is the only chance for China-US relations to regain rationality,” said Zhu Feng, dean of the Institute of International Studies at Shanghai’s Fudan University.

But he did not expect relations to change dramatically in the short term. There is broad bipartisan support in the US Congress for being tough on China, and European optimism over more cooperation with Washington is also tempered.

Reinhard Buetikofer, a trade expert of the Greens in the European Parliament, did not envisage a return to the “golden years” of the Clinton or Obama administrations if Biden won.

“I don’t expect Biden to be soft on Europe… The mood has changed to a huge degree, not only in Washington, even more so in the US states,” he said, although he did envisage an approach more tuned to creating alliances.

US figures show a trade deficit with the EU in goods and services of $109 billion in 2018.

Rebalancing the relationship with Europe, including on trade, was a core US national interest, according to Hosuk Lee-Makiyama, director of trade think-tank ECIPE.

“The difference between the current administration, or the next or previous is really more about table manners,” he said.

Coronavirus: 17 have now died in the Free State

COVID-19: Limpopo records its 10th death, while NC still has 1